Bats:  Left  Throws:  Right  Height:  6'0"  Weight:  175
Born:  February 24, 1907, Barlow, KY
Major League Teams:  Chicago Cubs 1929, 1931; Pittsburgh Pirates 1931-1935; Philadelphia Phillies 1936-1937
Died:  December 22, 1980, Phoenix, AZ (73)
Earl Grace played in parts of eight seasons in the majors, mainly as a back-up catcher.  He appeared in at least 90 games for three seasons in a row with the Pirates between 1932 and 1934, and unsurprisingly those were also his best seasons.  Although he was a career .263 hitter, Grace was known more for his defense and the handling of his pitching staffs, and his .998 fielding percentage led all National League catchers in 1932.  That mark set a record for National League catchers, held until the Giants' Wes Westrum broke the record in 1950 with a .999 fielding percentage.  Grace's last two seasons in the majors were spent with the Phillies, where he split catching duties with player/manager Jimmie Wilson (#22).  He played in parts of three minor league seasons between 1938 and 1940 with the Cardinals, Red Sox and Dodgers organizations before retiring.  In 627 career games, Grace collected 493 hits, including 31 home runs and 251 RBIs.  He occasionally scouted for the Yankees following his playing days. 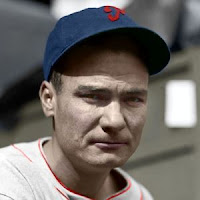 Building the Set
August 31, 2021 from Niwot, CO - Card #29
To close out the summer, and after adding a trio of cards from Clean Sweep Auctions, I decided to add another trio of cards, this time from eBay seller Vintage Card Company from Niwot, Colorado.  I had a few of these cards on my watch list for a good chunk of the summer and while parsing down that watch list recently I opted for the Buy It Now option in lieu of the Remove from Watch List option.  The former option is always more fun.  The trio of cards arrived the day of my Mom's back surgery so they were a welcome sight in my mailbox after a day of anxiety and waiting.  (She's doing great now, slowly but surely recovering.)
Variations Available
1 - 1935 / green back / 1934 statistics / 1935 copyright


The Card / Pirates Team Set
That apparatus on wheels behind Grace is apparently some kind of screen stationed behind home plate during batting practice.  There's another instance of one of these screens showing up on Ducky Medwick's (#66) card.  Linked here is an entire Twitter thread with a few hobby notables weighing in on the somewhat mysterious screen.  The tip on the back of the card instructs catchers how to properly give signals to their pitchers, being mindful of a runner on second base potentially stealing signs.  As the tip points out, crossed signals could lead to passed balls, "or, worse, a smashed finger."


1935 Season
This was Grace's fifth and final season with the Pirates, and he appeared in only 77 games.  Tom Padden was the club's opening day catcher and he'd start 90 games throughout the season with Grace making 62 starts.  On May 25th, Grace was behind the plate when the Braves' Babe Ruth (#109) went 4 for 4 with three home runs, the last home runs hit by Ruth during his career.

Phillies Career
On November 12, 1935, Grace was traded by the Pirates with pitcher Claude Passeau to the Phillies for catcher Al Todd.  He settled into a platoon with player/manager Wilson, seeing time almost exclusively against right-handed pitchers.  In 1936, Grace started 53 games behind the plate with Wilson starting 54 and Bill Atwood starting the other 47 games.  Grace returned to the Phillies in 1937, his final year in the majors.  Atwood received the majority of starts behind the plate that season, with Grace receiving 55 starts.  In his two seasons in Philadelphia, Grace appeared in 166 games, batting .230 with 10 home runs and 61 RBIs.  On December 8, 1937, he was dealt to the Cardinals for catcher Cap Clark, and Grace would split the 1938 season with the top farm clubs of the Cardinals and Red Sox.

The iconic Diamond Stars set consists of 108 cards issued over 3 years between 1934 and 1936 with numerous front and back variations. I've identified 10 notable variations I'll be tracking down as part of my overall set. Several decades following the set's original release, 53 extended series cards have been produced through "what if" sets issued in 1981, 1993 and 2014.

I'm planning on this blog having exactly 171 posts - one for each of the cards in the set, the 10 notable variations and the more recent tribute cards that serve as suitable counterparts to the original. In the process, I hope to learn more about each of the players and managers featured on these cards. So let's make tracks and hopefully this thing comes up aces. 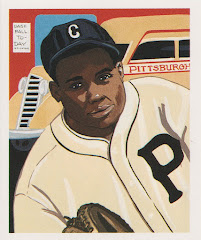